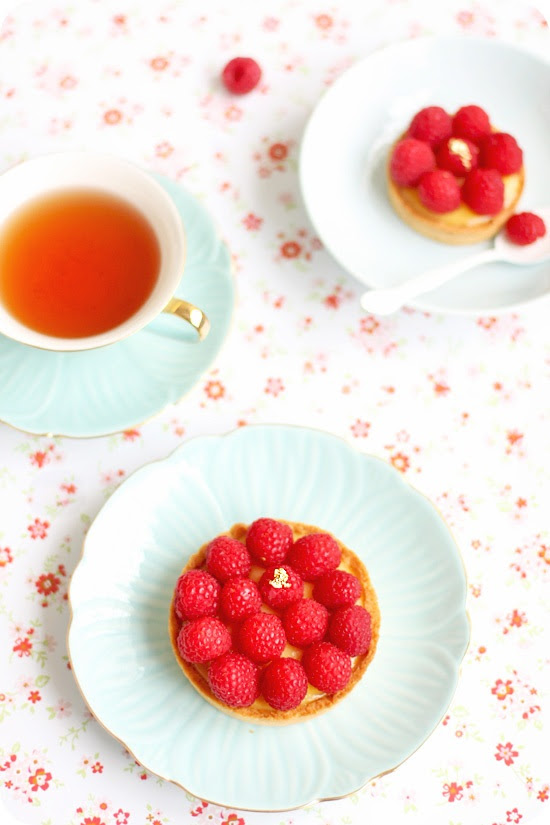 i just realized i don’t make tarts or cookies as often as i would like mainly due to the weather. the dough gets soft and sticky really easily and i simply don’t like going through the hassle of re-freezing & re-rolling the dough, but i decided i want some variety in the stuff i bake so i forsee i’ll be making stuff like cookies, tarts & bread more often from now on. 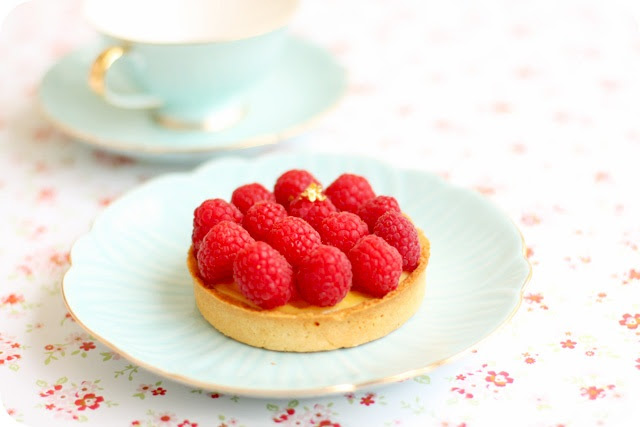 this passionfruit raspberry tart is taken from the ladurée book and also one that i’ve set my eyes on for quite sometime. i also seen a couple of blogs with this and the reviews were pretty good so i decided to try. i trust the ladurée book anyway coz i tried the strawberry orange flower marshmallows & pistachio financiers and they were fantastic, this had to be good as well. 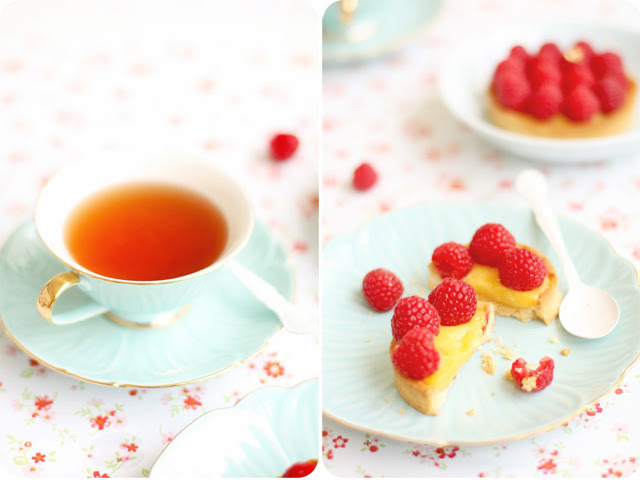 indeed, it was fantastic! the passionfruit curd was one of the yummiest citrus curds i made (credit goes to LOTS of butter) and the tart shell was also the crispiest i’ve ever made as well. it remained crisp even upon refrigeration! the only thing i didn’t like is the raspberries – tons of them which did nothing to the tart except to make it look pretty. i can safely say that a meringue topping would be a better option, so i’m sticking to the shell & filling in future but with a meringue topping.