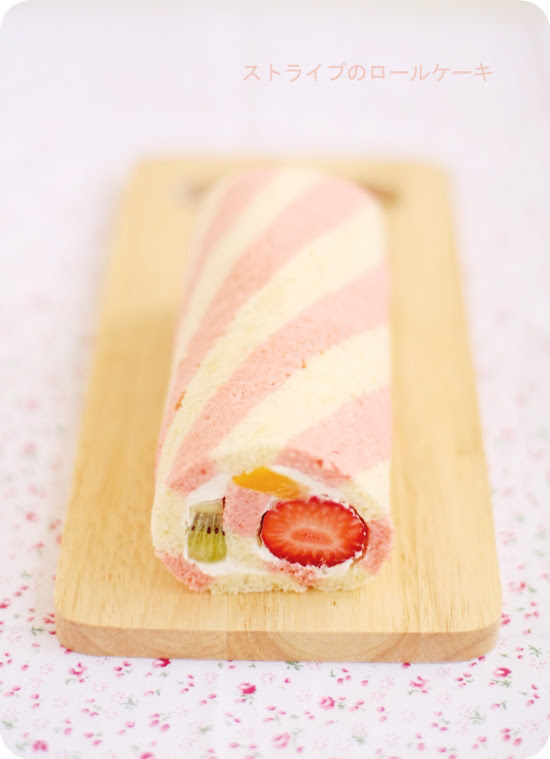 i was really inspired by this roll cake i saw on a japanese blog recently. it was so pretty i wanted to do the same. i’ve always thought about making a roll cake like this and felt it would also look great to use it to line the sides of an entremet, like hidemi sugino’s fruits rouges. it would look far better if i had just used this instead of a joconde piped with jam as it resulted in deep unsightly gashes after baking. 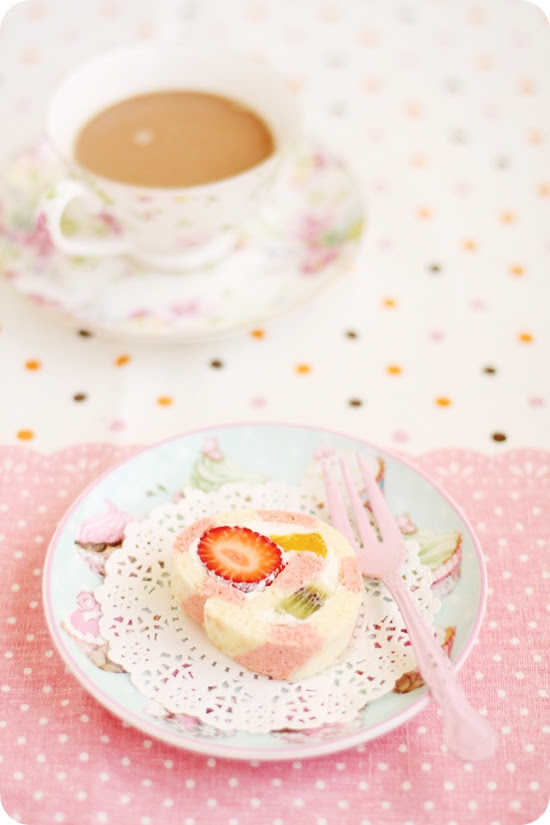 i used junko’s recipe as usual coz i really liked hers, both in terms of taste and texture. what i did was to just separate the batter into two portions, color one pink and pipe each color alternately. i find this one easier than other patterned roll cakes. the polka dotted one i did before was just too time consuming. 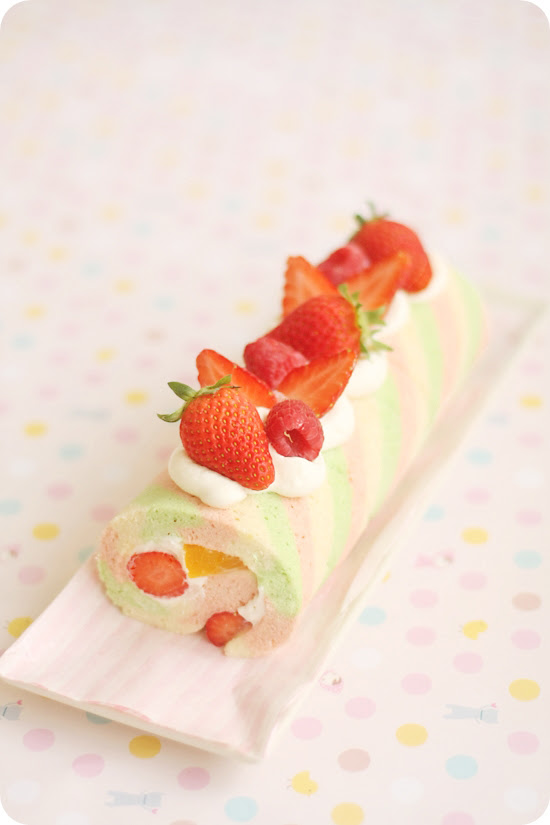 i also made one for mothers day, this time in pink, green and white stripes. i love the colors of spring so much and in japan, desserts made during the doll festival and hanami period would largely be based on these 3 colors. i like this one much better and my family were really impressed with it when i brought it for our early mothers day dinner last week lol. 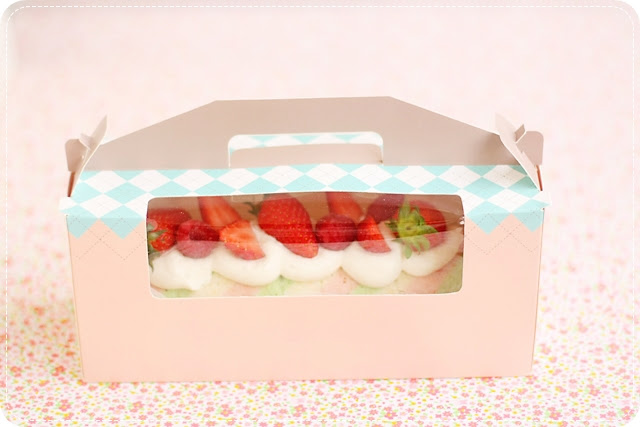 and this is my new window box for roll cakes. 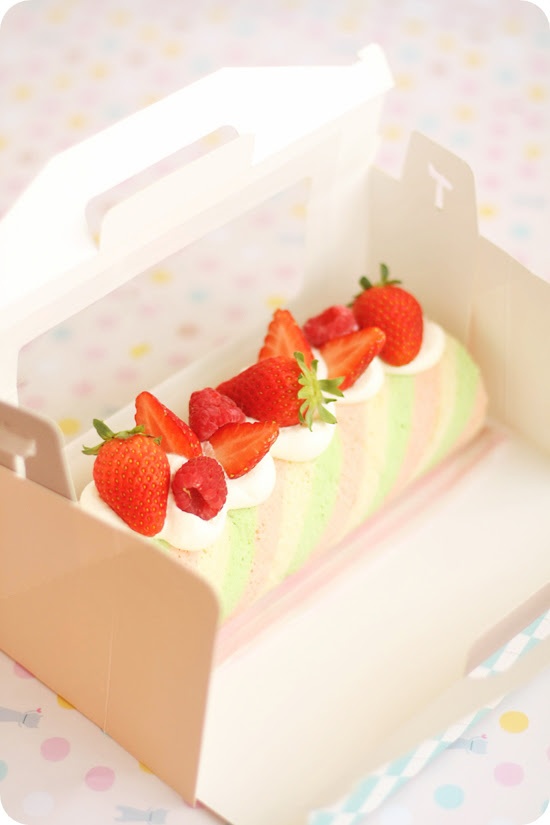 fits one really nicely and i really like how it looks. haven’t found a suitable one previously and so glad i now have a new box for roll/log cakes, only wish it came in a bigger size.