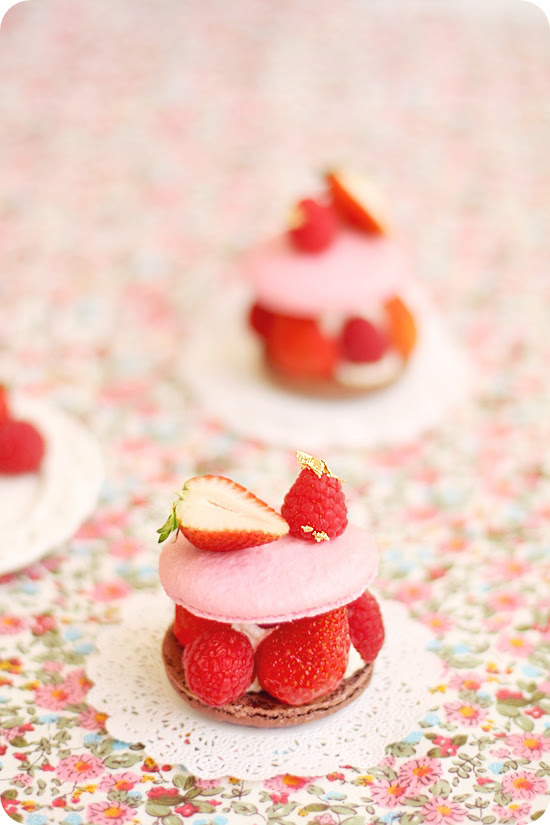 i know, you must be wondering whats up with the korean title. i recently watched this korean drama ‘lie to me’ and this korean cafe called a twosome place sponsored their cafe scenes and had the lead actress eating an ispahan-looking macaron in one of the scenes (episode 3, to be exact) and it made its appearance a few more times after that. being a self-confessed korean drama addict, i’ve not seen any mentions of macarons in the dramas so i was mildly surprised. yoon eun hye made it look so yummy i wanted to recreate it myself. basically, from the pic on the cafe’s website, it looked like berries and whipped cream sandwiched between a pink and brown shell. to be frank, after all these years of macaron making, i’ve not tried sandwiching them with two different colored shells (i did KIV pierre herme’s montebello macaron on my to-do list but i never got around making it), neither have i used whipped cream so i was really looking forward to it. 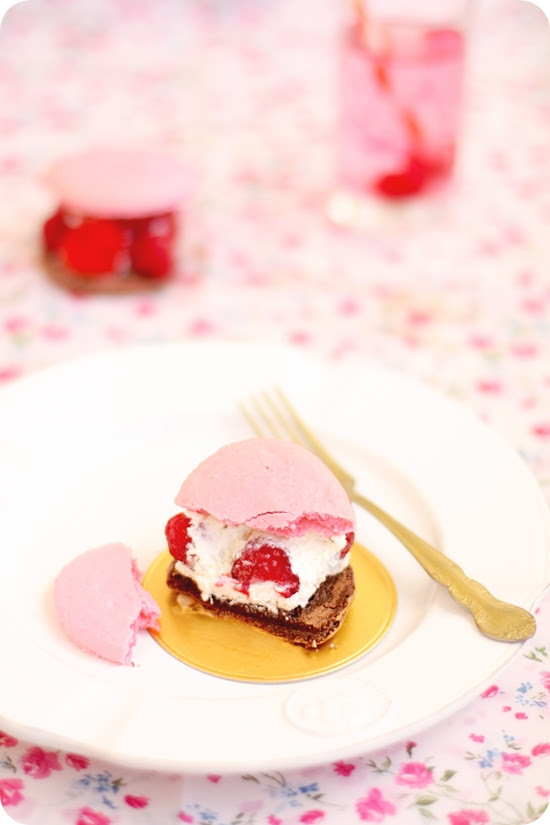 this is oh so good! tastewise, its like a cross between a pavlova and a strawberry shortcake. as you know i’ve made the ispahan before but i really prefer this coz strawberries and whipped cream go so well together. shells are chewy and crisp at the same time, really lovely! i used rose levy beranbaum’s gelatin-stabilized whipped cream coz i was afraid under this crazy weather, normal whipped cream would weep and make the shells soggy. glad i used this, it tasted like normal whipped cream but firmer. the weather is unmentionably hot these days so i made us some raspberry rose soda! i added rose syrup, soda and a wee bit of raspberry puree. it was really refreshing! the ice melted like within 3 mins and when i was halfway through the photos, no more ice was left 🙁 i’ll be sharing rose levy beranbaum’s gelatin-stabilized whipped cream recipe coz its really good and i’ll be using this instead of normal whipped cream from now on. this is taken from her heavenly cakes book.

and so, back to the topic of korean dramas, ‘lie to me’ remains one of my favorite k-dramas of all time, mainly due to the lead actors but i really like the storyline too. if you get a chance, you gotta watch that. are you a k-drama addict just like me? if so, what are your favorite ones?