i bought a tub of cassis puree almost a year ago and it was basically left untouched. frankly there really aren’t many dessert recipes that use cassis so when i saw this from hidemi sugino’s book, i jumped at the chance. 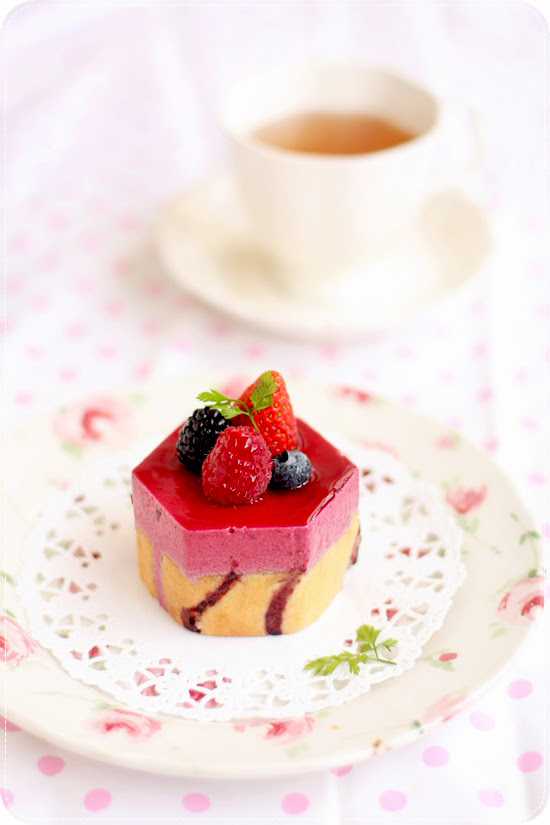 there were a few concerns this time round. first of all i was pretty reluctant to make the joconde with jam again coz the 1st time i did, it was really messy. the jam piping sank in after baking and i just didn’t really fancy how it looked nor tasted. this time using blackcurrant jam, i decided to give it another shot, it was better but i still didn’t like it. in future, instead of using jam, i might just color another portion of joconde pink and then pipe them alternately. i was also not familiar with two of the components – the cassis mousse which uses two portions of the puree, one that cooks together with the creme anglaise while the other portion added after cooking. luckily i consulted my lovely friend claire and she told me it was supposed to be done this way. then there’s the garniture part which i didn’t know what it was but after some research i found out it was actually some kind of berry sauce, not unlike a pie filling or one that you pour over pancakes. 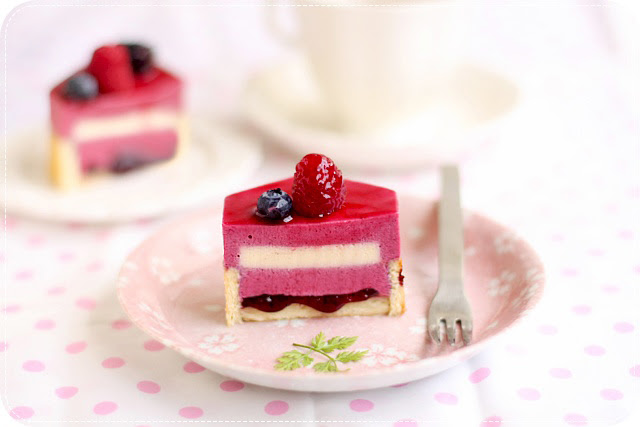 alas, i didn’t hv any creme de cassis liqueur and i read somewhere that i can substitute it with equal amount of blackcurrant syrup. big mistake, it turned out TOO sweet, or rather, too sweet and tart at the same time. i really liked the kirsch bavarois insert tho’, it was smooth and creamy. i believe if i had followed the recipe to a T, it should be really nice, as with other hidemi’s desserts.