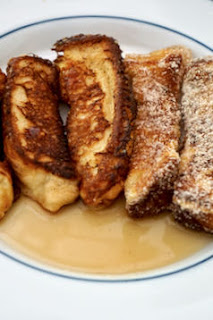 I decided to do a taste test with these french toasts sticks. I wanted to make them two different ways and see which was better. Half of the batch I made with a cinnamon batter and the other half I made with a regular batter and coated in cinnamon sugar after cooking. 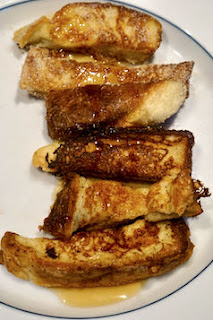 Of course as almost always with my taste tests, both versions were liked. The kids of course like the ones coated in cinnamon sugar better, but who wouldn’t like french toast coated in sugar. But for those that are watching their sugar intake there is a delicious version without all of the added sugar.,