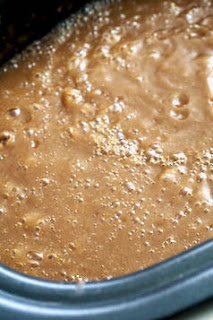 Crock pot applesauce is so easy to make and it taste so delicious! My family loves it when I make applesauce, so much so that it never lasts long in the fridge.

I do not peel my apples when making applesauce, the skin softens enough that when I blend it you would never know the peels are in there.