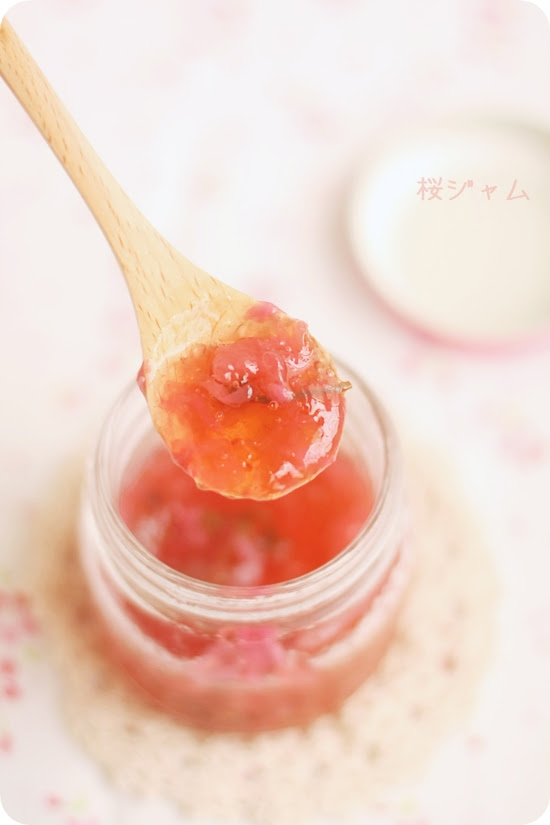 its funny how things work sometimes. pickled sakura used to be one of my most sought-after baking ingredients until i managed to find it on rakuten two years back. i thought it was plentiful and could last me awhile and then two of my friends bought me more on their trips to japan (i didn’t request for it actually). so now i have too much, 3 big packs in total. i think they would last me another two more years at least. not that i’m complaining, they’re so pretty and versatile and lots of spring desserts use them. but i don’t wanna make another batch of sakuramochi so i decided on something i’ve seen but never made before – sakura jam. 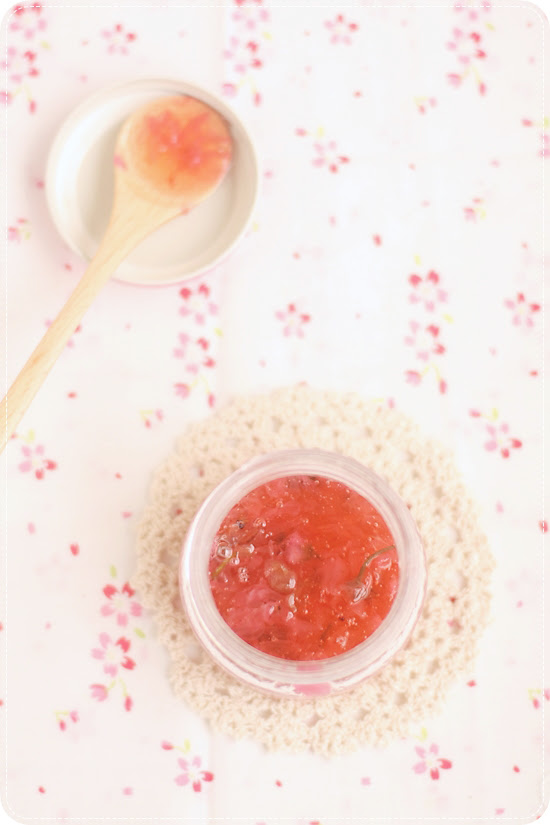 if you’re familiar with rose petal jelly, this is something along that line. technically its a jelly and not jam. i don’t know how the commercial ones taste like but this recipe uses umeboshi vinegar so the overall taste is sweet, sour and salty! its quite good actually though i have no idea what to pair it with. i don’t have anything on hand now so i think i might either just make some scones or biscuits to go along with and see what its like.

unlike rose petal jelly which uses pectin, this one uses gelatin hence i like it coz i’m more comfortable with it. i also like the fact it doesn’t use too much sugar. recipe is from here.