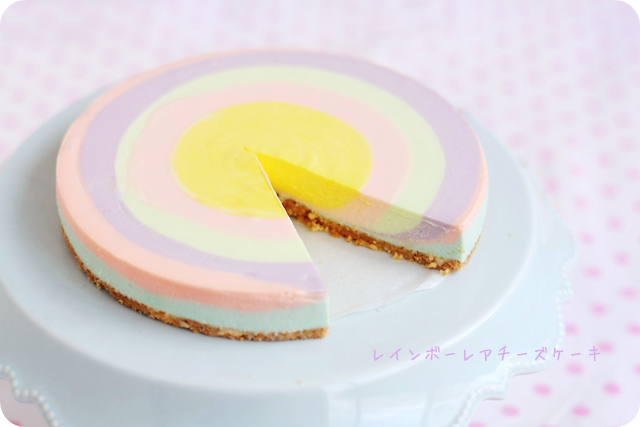 rainbow desserts are literally everywhere. you would think maybe they’ll stop at a layered cake or something but i’ve now seen concoctions of every kind, from slushies to rainbow heart in a crepe cake to jello shots and meringues. all in psychedelic rainbow colors. i gotta say they look very fancy and pretty but is it weird i only like them in pastel shades? how could anyone even stomach that much red or blue coloring is beyond me. i saw this particular style of rainbow cheesecake circulating its rounds on instagram and thought “hey, that is nice, i could make it!” so i found a recipe for a plain japanese rare cheesecake and turned it into rainbow one. 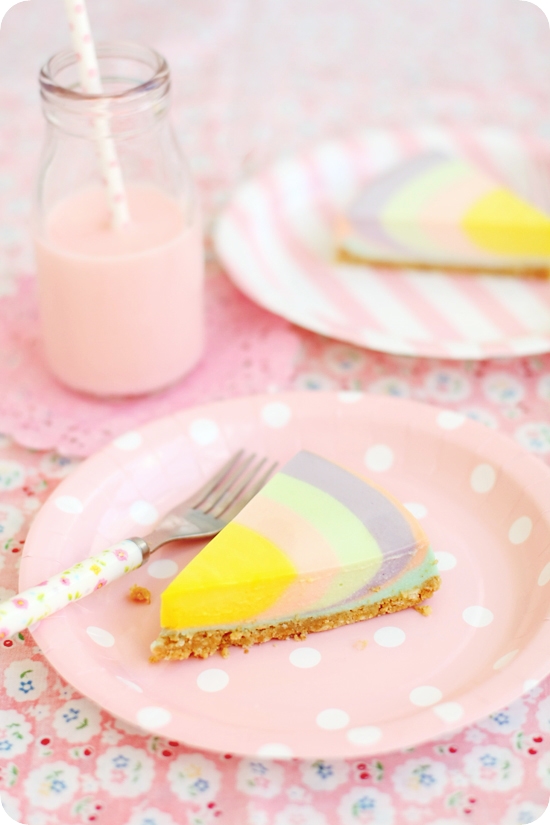 this is really fun to make! i’ve seen a few styles of rainbow cheesecakes like swirled or layered but i find this bullseye effect to be the prettiest. tastewise its very delicious too. for the uninitiated, rare is like non-baked or chilled in japanese so this is basically a chilled cheesecake. it uses yogurt so its very light on the palate. i also like the fact that the crust uses a combination of marie and digestive biscuits so it tasted significantly better compared to crusts that only use 1 type of biscuit. i heard speculoos are really nice as well, so i’m going to try experimenting with lotus biscuits next time. 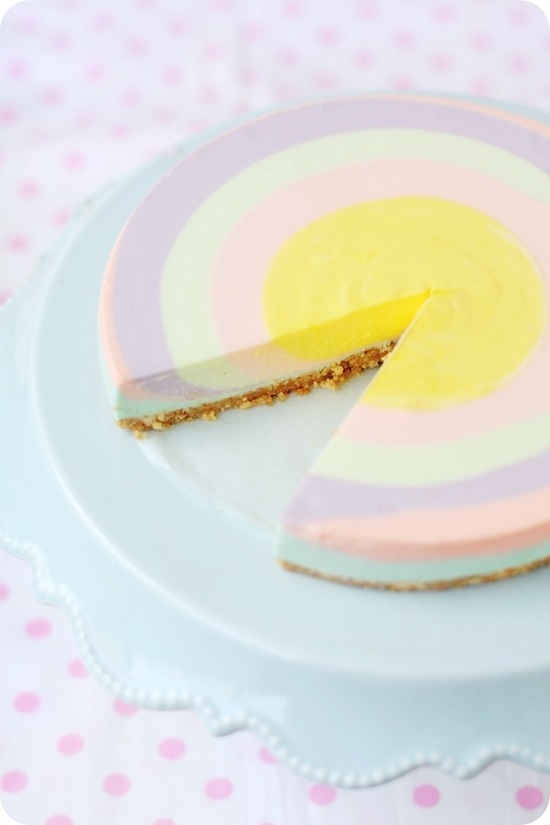 did i also mention i LOVE japanese product websites like meiji, morinaga and nestle? they have really nice recipes and this one is taken from japan’s philedelphia cream cheese website called happy-philly. fell in love with their recipes on first glance, they’re all so beautiful! you can find the recipe for this rare cheesecake here. if you’re making a rainbow version, just separate the batter into 6 or 7 equal portions, color and pour them directly into the center of the crust after each color. i should have done 1 more color after the yellow though.