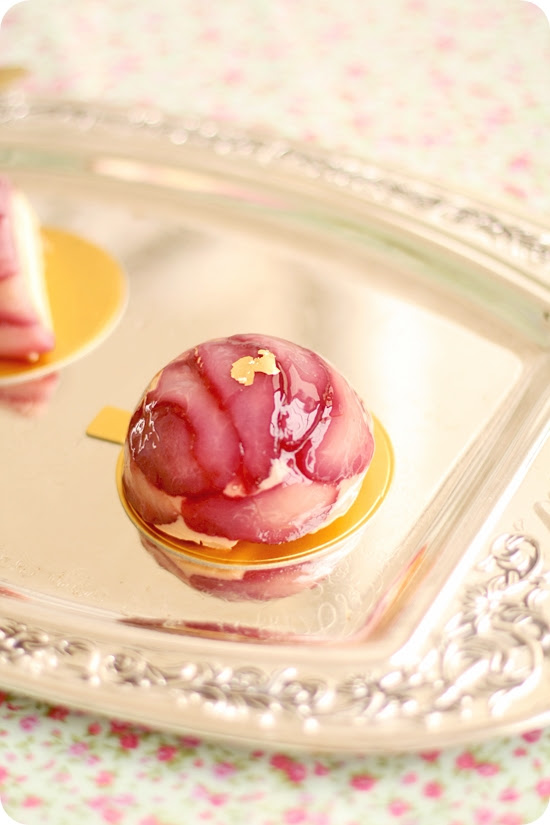 i was pretty excited about this entremet since i’ve never made entremets using half-sphere mold, neither have i tried red wine poached pears (i’ve only attempted poached pears with spices). 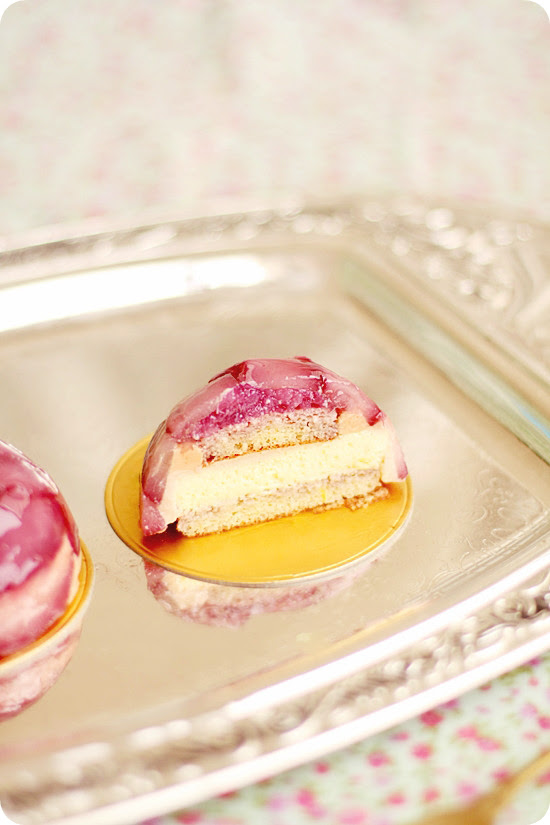 i was totally looking forward to it but it ended up to be one of the most frustrating entremet attempts. it came as a total surprise since we’re are not amateurs when it comes to entremet making but we encountered so much problems and inconsistencies we kinda gave up towards the end. basically, this weird recipe uses two similar sponges – a biscuit (read : bis-kwee) joconde and normal biscuit sponge. i felt there was no point in making two similar sponges so we just stuck to making one, the joconde. the recipe did not specify the tray size so the sponge ended up thicker than normal. we also had problem slicing the pears into paper thin slices coz they were so soft and slippery. i think we spent so much time fussing around with the pears it was amusing lol. afterwards we chopped the leftover pears into small dices but they looked really pale and different from the book (which spots a deep burgundy). we then proceeded with the pear syrup mousse but it just wouldn’t really set no matter how long we froze it, and funnily there also wasn’t enough red wine mousse to fill all the entremets. to cut the long story short, it was problem after problem after problem. guess the only consolation was, it came out decent after unmolding and glazing, and it was quite good! 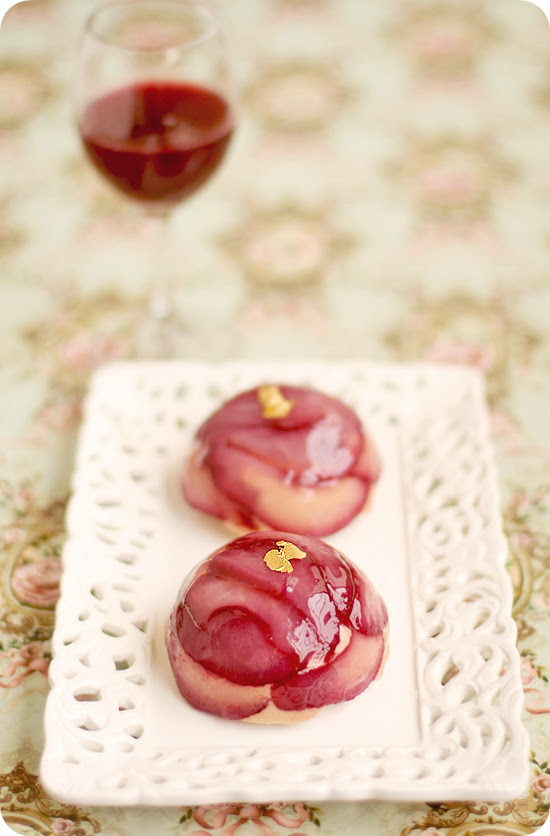 nevertheless, this looks pretty stunning, like a glistening piece of jewel and i like how the pear slices give a graduating tone and look almost white in the middle but deep red around the edges. i’ve not seen an entremet quite like this, its pretty special and i think it would be even better after some (major) adjustments the next time round. 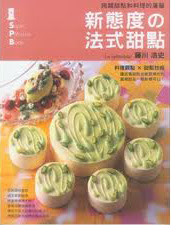