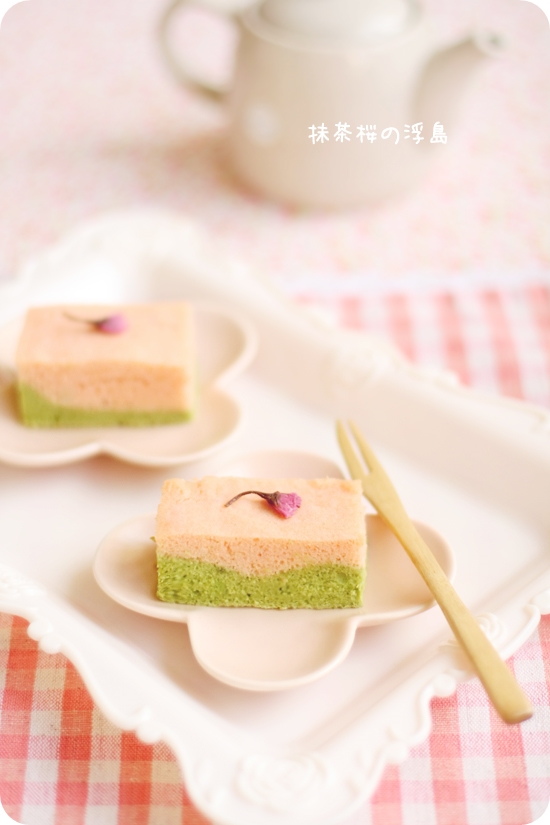 i hope its not too early to start on some springtime sweets! ukishima translates as “floating island” which is one of the simpler wagashis to make. its a steamed cake made of anko (or shiro-an, in this case) and is usually done in two or three layers. basically it symbolizes the arrival of spring, with its soil layer in brown, followed by a white layer which represents snow, then green (sprouts) and pink (flowers). i made only two layers since i really like the combination of matcha and sakura. 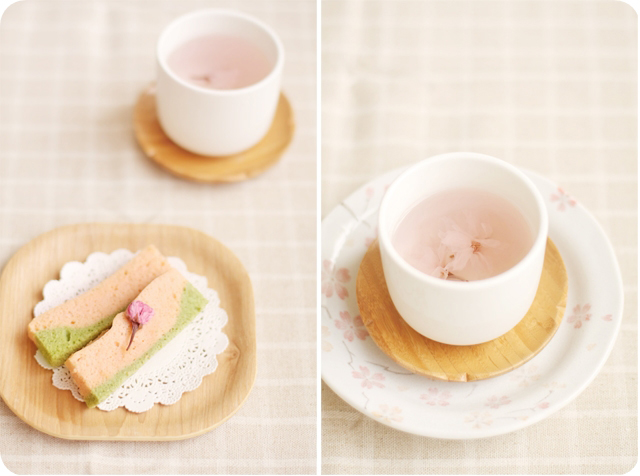 every year i would make a large batch of shiro nama-an (生餡) which is unsweetened shiro-an. i stop short at the process of adding sugar so after cooking and straining i would just separate the dry crumbly portions of bean paste and freeze them. then when i want to flavor them, be it into a matcha-an, sakura-an, kabocha-an etc, i would just add sugar to the raw paste and cook them together with whatever ingredient i’m using.

as for this cake, its basically just shiro-an, eggs plus a small amount of cake flour and joshinko (non-glutinous rice flour). i find the texture of the cake require some getting used to as its quite “beany” and dry. i do like its mild sweetness and aroma but i would probably add some oil in future to give it a softer texture. recipe is from cookpad and the original is a brown and green layer but i replaced the cocoa layer with a pink one flavored with sakura essence.