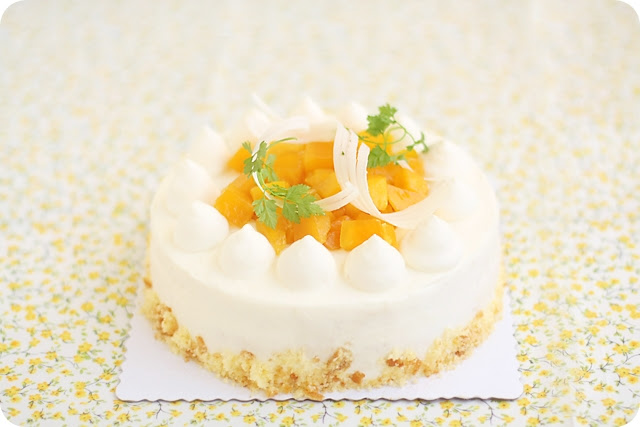 it was mothers day yesterday, hope you guys had a great time celebrating the occasion! even though i did make a roll cake for our early celebration dinner last week, it was more like a cake i made for the mothers in my family and not for my mom herself so i really wanted to make her something personally. i recently discovered how to make a genoise properly and have had fantastic results from this recipe i used so i thought a shortcake would bring out the genoise nicely. my mom loves mangoes and even though i’ve not attempted this version i went ahead with it. 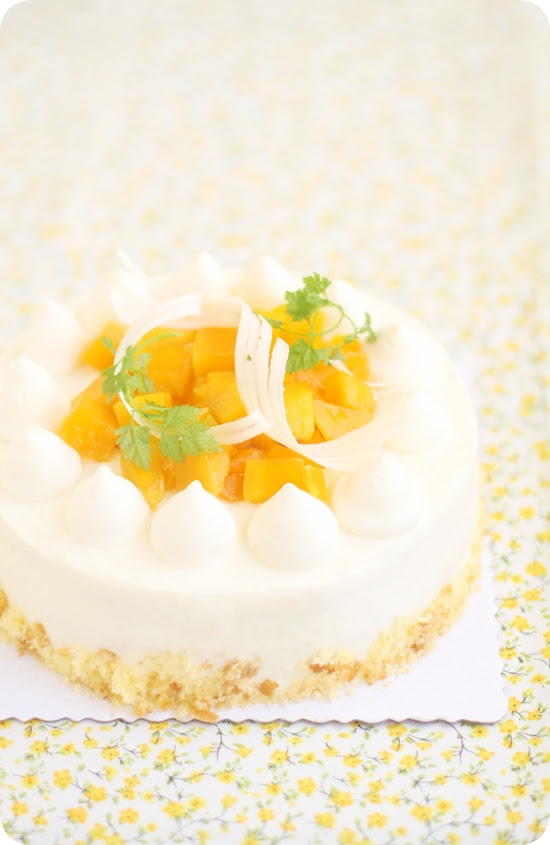 i might have said this before but i still have to say this again – frosting cakes has never been and is still isn’t my forte, whats more with using something as unstable as whipped cream so i usually shy away from it. i’m comfortable with making whole cakes in general, so long as its made using a mousse ring. even the decorating part don’t intimidate me as much but with a turntable and bowl of whipped cream that kept threatening to melt, i was almost on the brink of a nervous breakdown. it wasn’t as bad eventually and i thought my frosting skills improved quite a bit after watching tons of japanese cake frosting videos on youtube but lots of room for improvement, for sure. 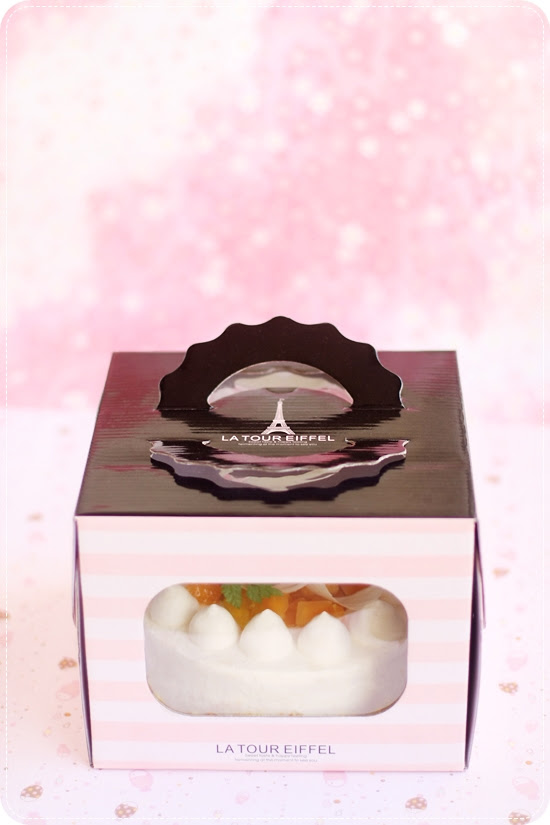 unfortunately we didn’t manage to eat the cake together so i don’t have a cross section to show. but according to her it was very good and she and my dad actually ate 3/4 of the cake in one sitting! lol. i think its hard to go wrong with a cake as simple as this, so long as the fundamentals are made well and correctly, and in this case, the genoise sponge. as i sliced it i knew it was gonna be good since it was really moist and fluffy. i used the genoise recipe from here and according to the author, the use of oil (instead of all butter) helps the cake rise higher. can’t really tell if it were true since i don’t make much sponge cakes in general (sponge sheets are a different matter altogether) but it was really good. a tad too sweet for my liking though therefore i reduced the sugar. the ratio of the cake flour to sugar was 1:1 after adjustment and i realized many recipes use 1:1. as for the cake itself, i don’t think you really need a recipe for the creme chantilly and soaking syrup. those are just the basics that any baker would have in their repertoire.