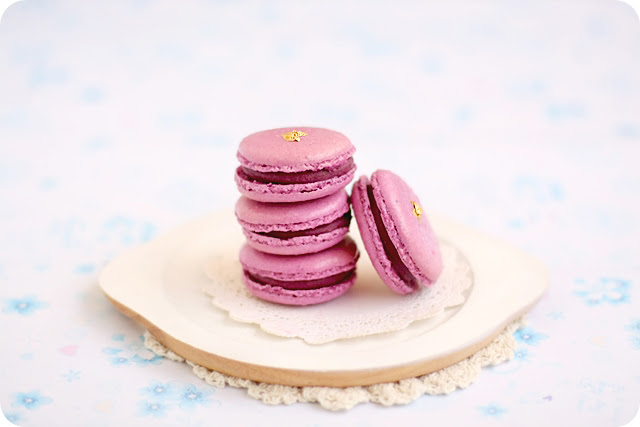 not too long ago i came across this french magazine called yummy magazine and almost miss it for good coz the cover wasn’t anything much. it resembled a supermarket periodical or an university publication but when i downloaded it, i fell in love with it rightaway, never mind my french vocabulary is limited to just some food words. the magazine had an easy-to-read layout, nice whimsical fonts and good recipes. i was attracted to the deep purple cassis (blackcurrant) macarons on the cover of the #6 issue, which was the christmas issue and wasted no time in trying these out. 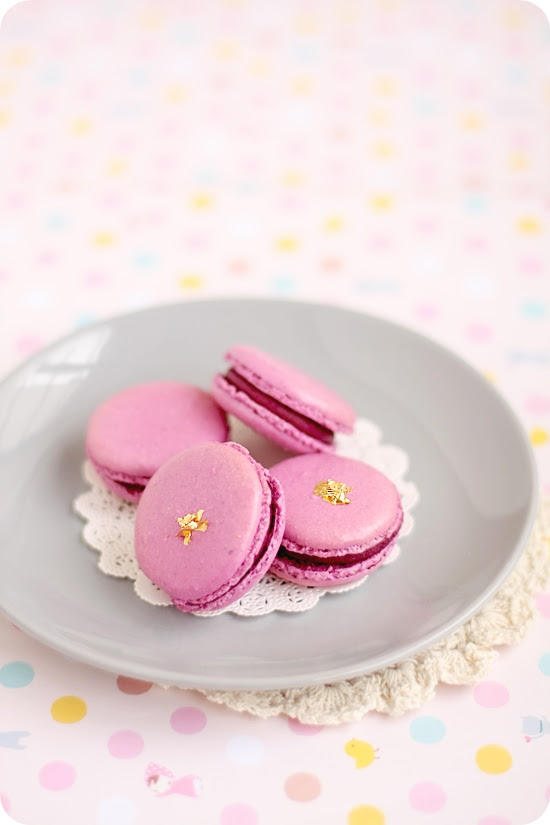 this is my 2nd time attempting macarons using the italian meringue method (the first was the pierre herme’s rose macarons) and well, so far so good. i think i managed to get the hang of it. it was just slightly more time consuming having to cook the sugar syrup, other than that its pretty similar to the french method. the only problem i had was that after pouring the syrup into the egg whites, the recipe said to whisk the whites until it cools down to 50C, but when it did, my egg whites were still not stiff yet. in fact, they were softer than soft peaks when i folded in the almond mixture. they were ok to handle and the baking was fine too but the problem is they were really quite wet and soft even after refrigerating for 24 hours, hence the whole macaron was soft and lacked the distinctive crunch of the exterior. but in a way i do like them coz i think they resembled sadaharu aoki’s macarons. 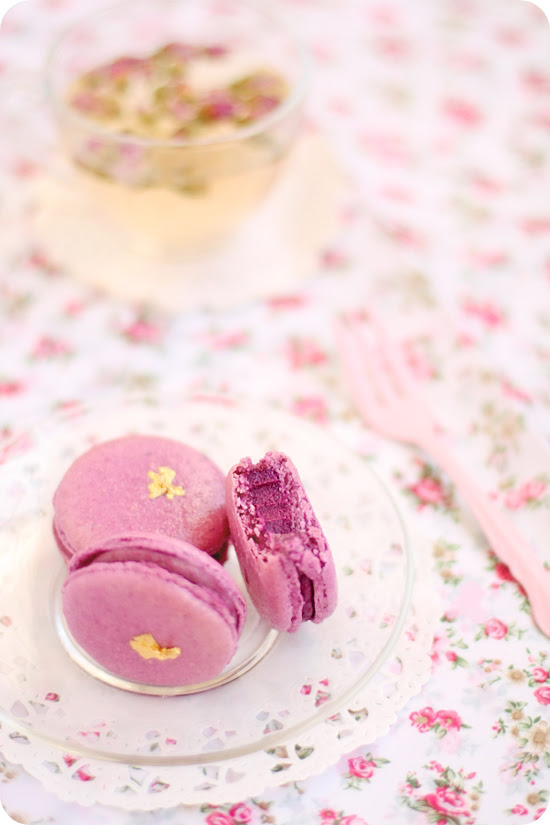 the cassis white chocolate ganache was good. the tartness complemented the sweet shells well, they were very addicting to eat and i couldn’t stop popping them into my mouth! i usually shy away from using white chocolate ganache as a macaron filling but when paired with something sour it really balances well. the taste reminded me of pierre herme’s mogador coz of the sweet and sour combination but of course, i prefer mogador more! 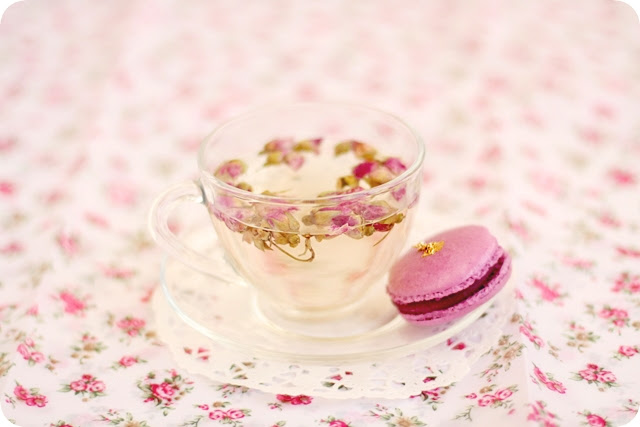 rose tea with macarons is a really nice pairing. once again, i did not rest the macarons whatsoever before baking but they still developed pretty decent feet. i had a fairly liquidy batter due to the fact that the egg whites weren’t stiff when i mixed in the TPT so the piped batter spreaded a lil too much. i’d pipe them smaller next time though i’m not sure if i’m up for another batch of macarons using the italian meringue method. the good thing about it is the smooth tops and more pronounced feet, other than that i still prefer the french meringue method.