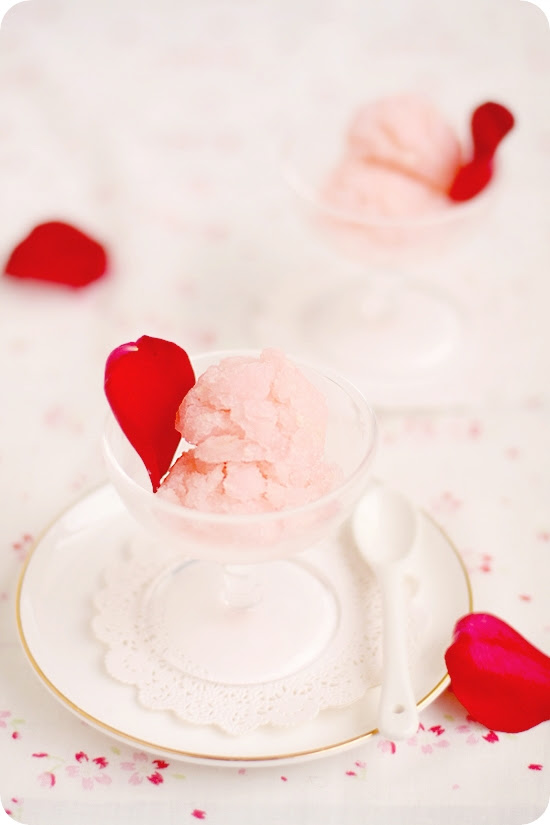 sometimes i just want to give my oven a break and make something really really simple. i get the feeling quite often these days, like wanting to make something yet i just want to laze around and do nothing. this one is really zero fuss and yields spectacular results. so good that i was surprise myself, consider i didn’t even have a recipe to begin with. 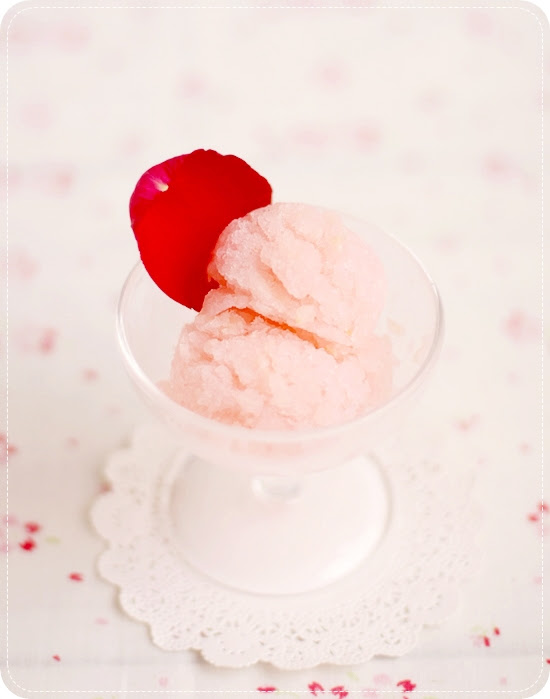 doing just a wee bit of research prior to making this, i realized most fruit sorbets or granitas would use fresh/frozen fruit or purees and then include boiling a mixture of simple syrup. using canned lychees was killing two birds with a stone. i didn’t have to shell and peel fresh ones (they’re not in season anyway) and i used the syrup from the can (no more waiting for the syrup to cool down). i don’t usually like the syrup that comes in canned fruits but i think the one in lychee is pretty good and i like it. i also added some BOLS lychee liqueur and i used monin rose syrup for this recipe.