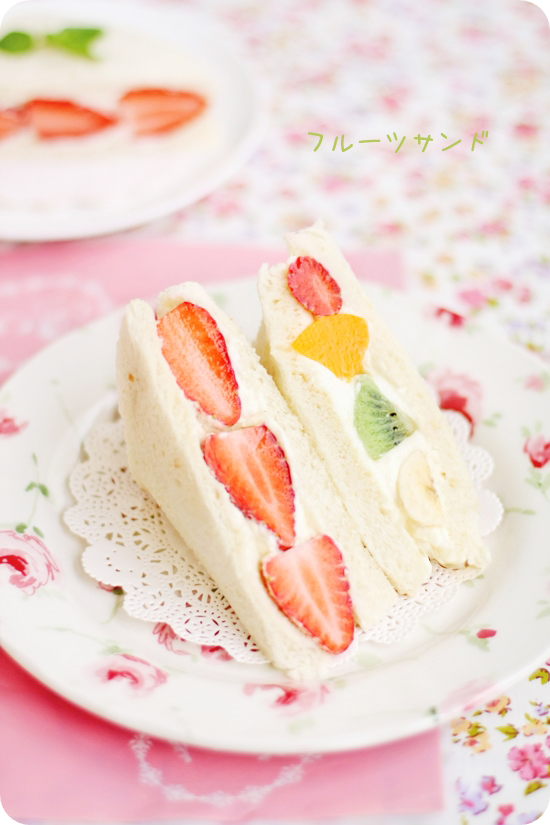 not sure if anyone has tried it but this is pretty awesome stuff. these sandwiches are filled with sweetened whipped cream and fruit. think of it like the bread version of a strawberry/fruit shortcake and the best thing is, its breakfast, snack and dessert all in one. i’ve never really been a fan of sweet accompaniments like jam or nutella. instead, give me a BLT anyday! but the moment i sank my teeth into these, i was sold. they tasted soooo good. fruit sandwiches are really big in japan and don’t come cheap because the fruits are so expensive over there but i can see why they’re so popular. they taste really amazing. even hubby who’s not a fan of white bread nor whipped cream asked for second helpings! 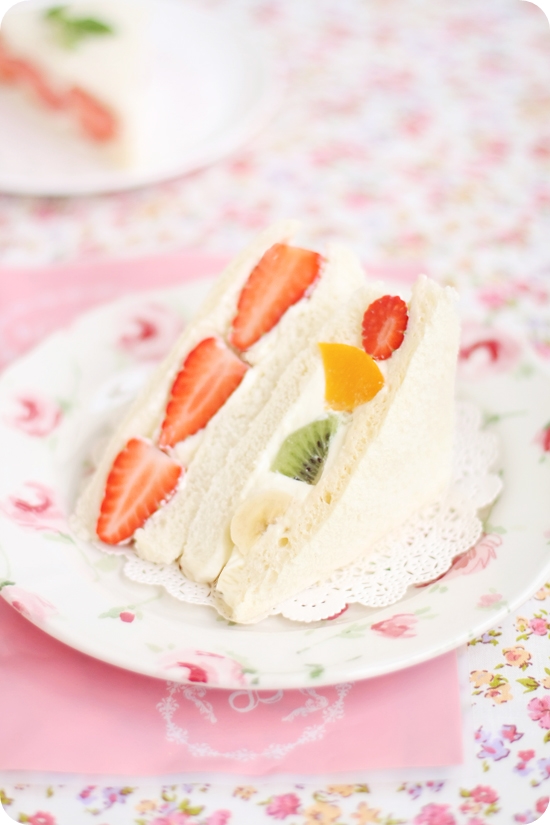 to make these, all you need are white sandwich bread, whipped cream and fruits. BUT, it looks easier than it really is. my attempt was messy at best, because the sandwich was really too soft to cut even after freezing. plus, you also need to slice the crust off. and then theres the dilemma on whether you slice the sandwich using a sawing or cutting motion because, do the former and you risk loosening the fruit and if you do the latter, you’ll just get very thin almost non-existent slices because the bread is already so soft to begin with. so, what now? you’ll also need to remember to position the fruit diagonally because if you don’t, you won’t be able to see the cross section of the fruit when you cut the sandwich. i made that mistake, so don’t do like i did!