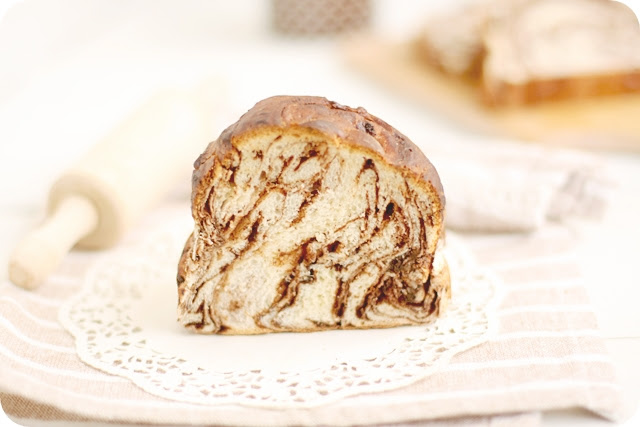 this is one of my favorite breads from the japanese bakeries and i had been very intrigued with the swirly pattern. as i read the step-by-step instructions, i realized this is pretty similar to making croissants hence i felt this would be a good opportunity to experience the folding first. truth be told, it wasn’t easy at all since along the way i lost count of the total number of folds i did and had the chocolate insert oozing out everywhere – on the countertop, rolling pin and all over my hands. it was messy indeed and i felt that i would have an even bigger problem making croissants since butter would be so much more difficult to handle, but this is such a fantastic recipe it made every effort worthwhile. i had my kitchen smelling like a bakery and the aroma was intoxicating! it was so good i made them twice in a span of one week and the second time was much better after making some minor adjustments. 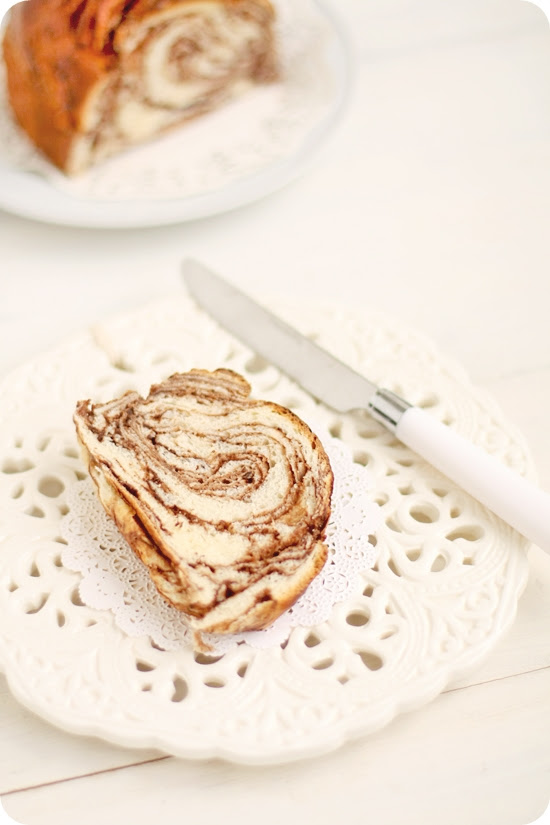 the recipe is from anhsfoodblog and she did such a great job with the braiding & folding. i wasn’t very good at braiding since the dough was so soft, plus i didn’t quite fancy the braided look so this time i just rolled them like you would a cinnamon roll before the 2nd proofing. also, the first time i baked this on 170C/338F the tops were really burnt with the centers uncooked so this time i followed a japanese recipe and baked it on 210C/410F for 25 mins and they turned out nicely.

i really liked this bread, the plain dough was sweet and delicious and the chocolate was even better! in fact i wished there were more chocolate in there. this recipe is definitely a keeper and i forsee making it many more times in future.