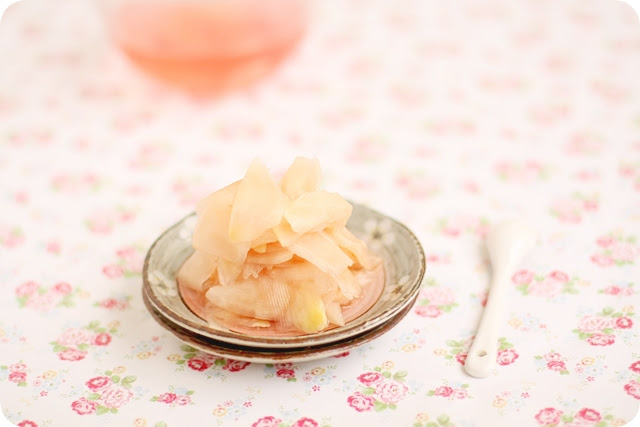 gari, or japanese pickled young ginger, is probably one of my favorite condiments of all time. eaten in-between sushi, this acts as a palate cleanser and also has antiseptic properties, said to neutralize and counter the ill effects of bad fish. i’ve always loved ginger and use the root vegetable extensively in my cooking. previously before i discovered how to make my own gari, i would buy packs of those bright pink ones from the supermarket. it was after i started making my own did i realize the supermarket varieties, even some used in japanese restaurants, were artificially colored. 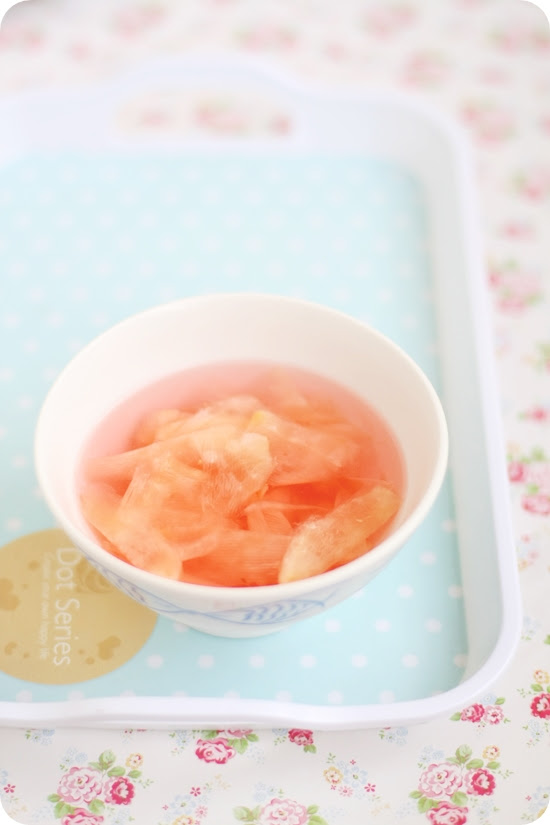 hence, i was really curious to know if the ginger would turn pink after soaking in the vinegared solution, it really did! only thing is it wasn’t and shouldn’t be very pink. the natural outcome should take on a pale yellowish pink, or even beige. the soaking solution did turn really pink though (it was beautiful!) but the ginger itself, not so much. basically, i think there are several ways to make this. some use lemon juice, some mirin and sake, and i followed the most common method of using rice vinegar and sugar. i tried them after soaking overnight, it was really good and tasted very authentic! 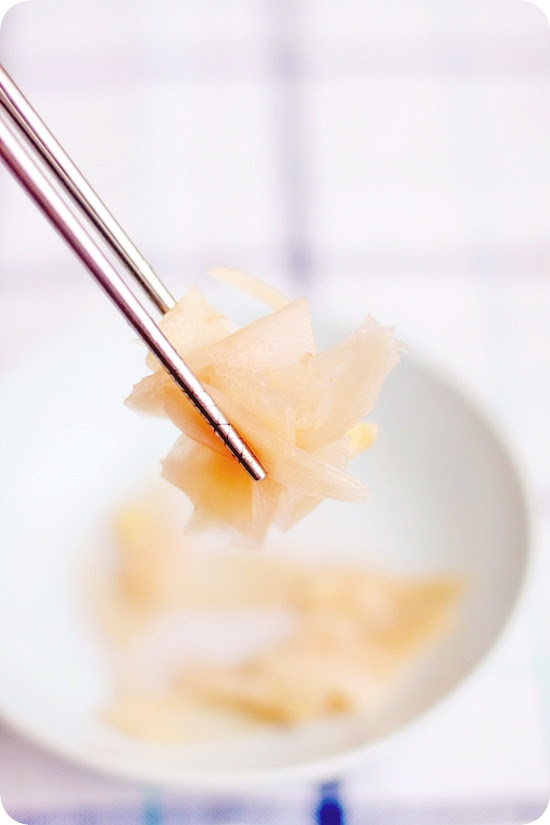 in order for them to turn pink, remember to use young ginger as the old ones will not change color. its very easy to differentiate though, when shopping for ginger, is that young ones have got very thin skin and are paler. also, do not confuse gari with beni shōga. the latter is cut into thin strips, artificially colored (nowadays) and pickled in umezu, the solution used for making umeboshi. while both are tsukemono, beni shōga is normally served with your bowl of gyudon as a garnish instead of eaten in-between sushi.