something to share for a start! my matcha madeleines entry was mentioned on huffington post! and a while back in spring, my sakura roll cake was mentioned on oprah’s website. super elated and thankful for the mentions. and now, back to this 🙂 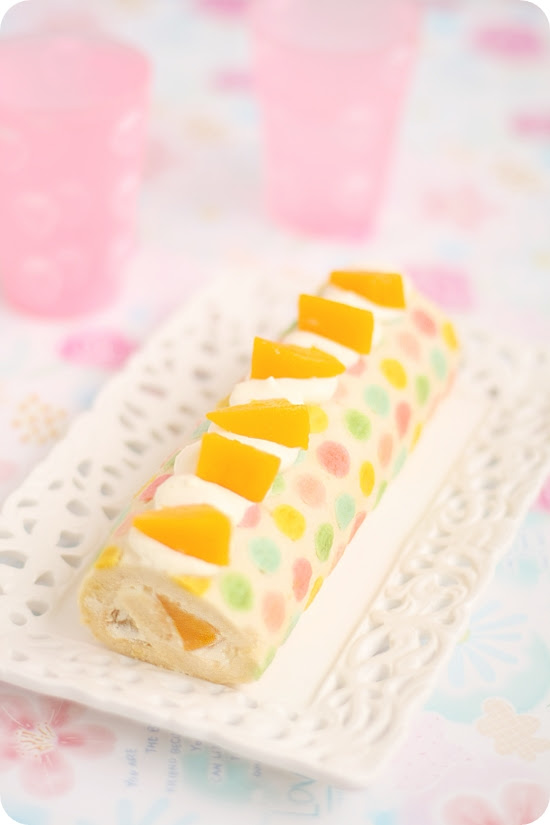 i think the japanese must be one of the most creative people around. sometime last year i bought two japanese books on patterned roll cakes by junko. while the french may have invented the joconde imprimé, the japanese often take existing creations to new heights. there are lotsa cute and pretty decorated roll cakes in there – strawberry, rilakkuma, pokemon and even koinobori patterned one to commemorate children’s day in japan. i set my eyes on this one coz i really like how the pastel dots look on the cake, plus piping dots is not any more different than piping macaron batter, hence i think its safe for a first attempt. 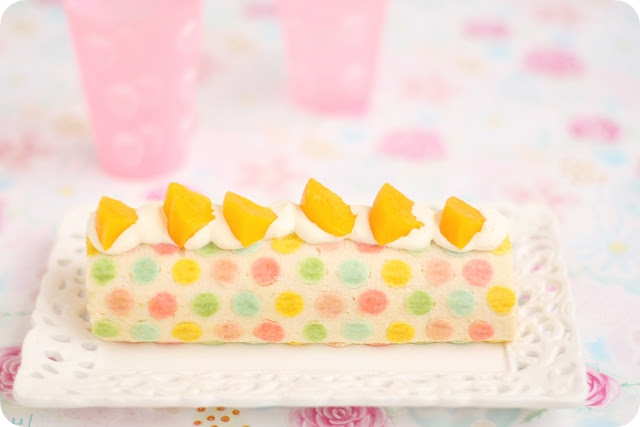 you can probably see the dots better here. while i think the recipe is pretty straightforward, its nevertheless still alot of work coz you have to make the cake batter separately for the dots and also separate the batter into five different bowls to color. i ended up with lotsa utensils to wash and the washing up is not fun. but its definitely worth the effort since its so pretty to look at. 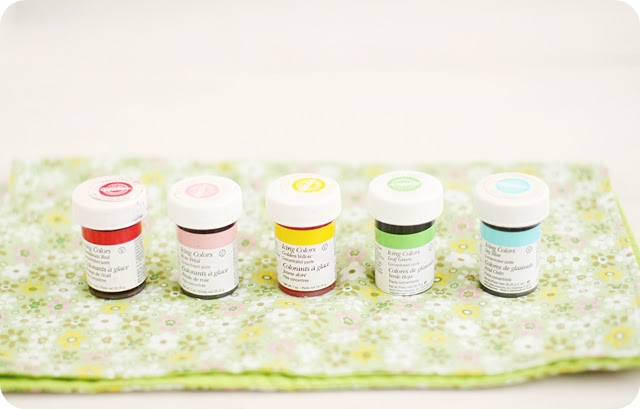 i used wilton icing colors for the dots. the colors i used were christmas red, rose petal pink, golden yellow, leaf green and sky blue. you’ll wanna slowly build up the colors for the batter since they will look darker after baking so its better to err on the lighter side. 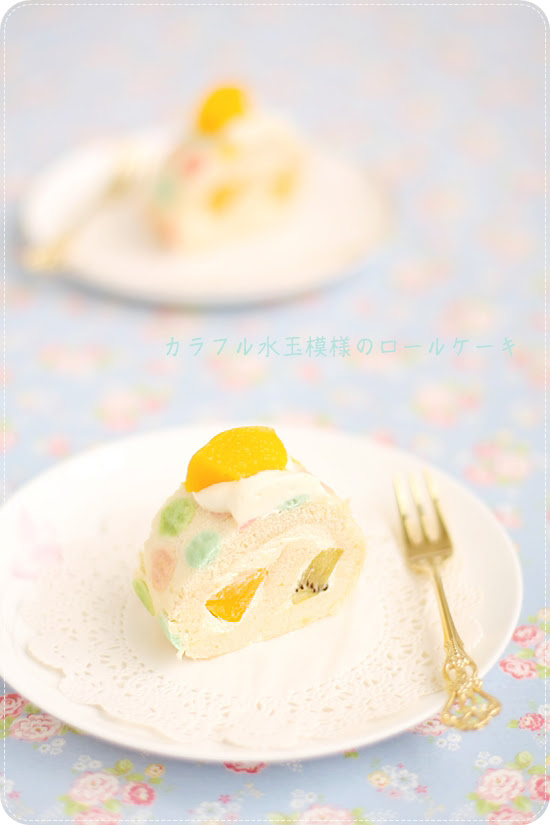 tastewise, it was awesome! the sponge was really soft, probably the use of cornstarch helped gave it a really moist and fine texture. it was better than all the biscuit sponges i’ve tasted (where eggs are beaten separately) so i’ll stick to this recipe in future. i filled the roll with canned peaches and golden kiwis. for best results you’ll wanna use two different fillings so they look more colorful. to be honest, i think i did a lousy job at the rolling. the filling was so soft and was oozing as i rolled i was really afraid to make a mess. it definitely tasted better than it looked though i wished the rolls were more obvious. 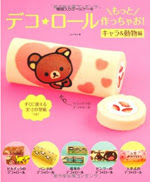