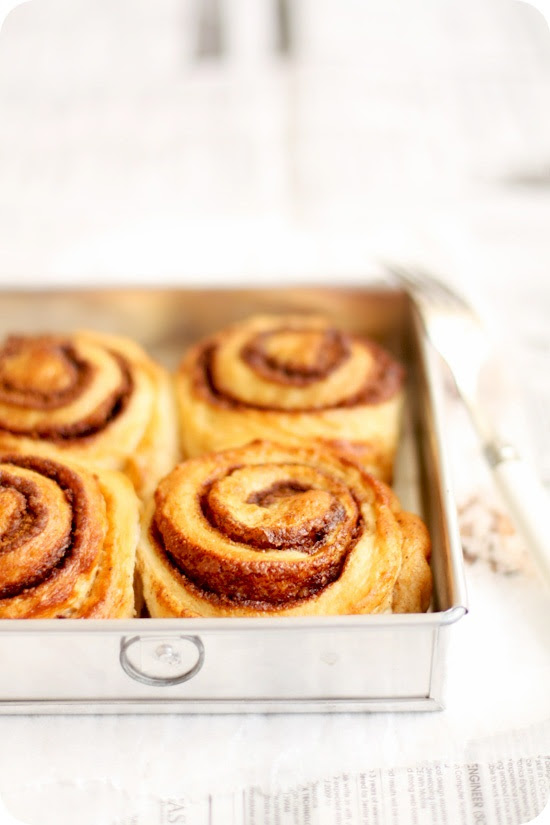 if there’s anything thing good about the annoyingly hot & humid weather in singapore, its that the weather is perfect for making bread. i’m not exactly a fan of sweet buns and sandwich loaves (i’m really more of a ciabatta/baguette person) but when they’re made with my favorite cinnamon sugar its a different story entirely. so while browsing foodgawker the other day, i came across this recipe and immediately set out to make it. looking at the title makes me wonder about the difference between gourmet and non-gourmet cinnamon rolls, and since its said to be a replica of cinnabon’s, the famous bakery chain specializing in cinnamon rolls, i just didn’t wanna miss it. 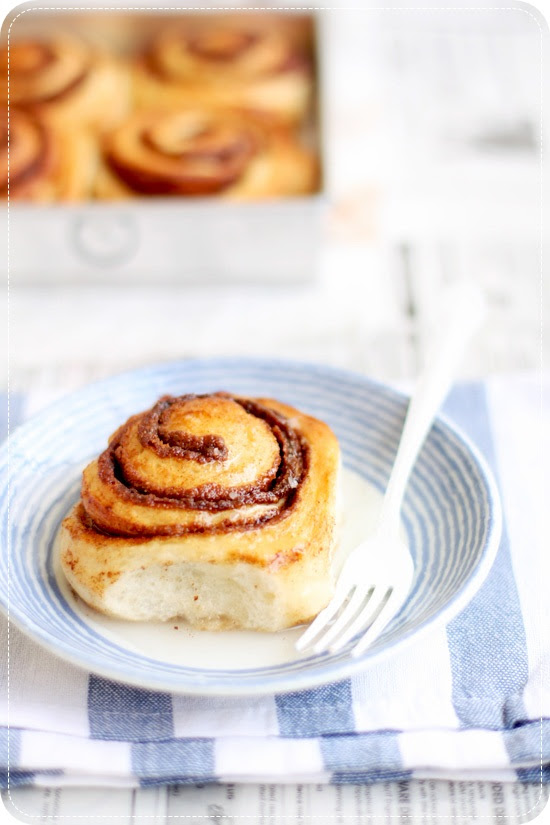 despite the lengthy recipe, its actually really simple to make – just dump everything together and mix. using my kitchenaid also made the kneading task so much simpler. tastewise, it was SO GOOD i actually made a second batch on the next day. the recipe uses a lemony cream cheese frosting for the topping but i don’t fancy frosting something thats already so sweet, so i skipped it. however, i believe it should be quite good with the frosting. the only complaint i hv is that there’s just too much cinnamon for the filling, a good whole 5 tablespoons of it! being slightly overwhelmed with the cinnamon, it also made the filling grainy and sandy. if i make this again (which i’m very sure i will again soon), i might just cut down the proportion of cinnamon by half. 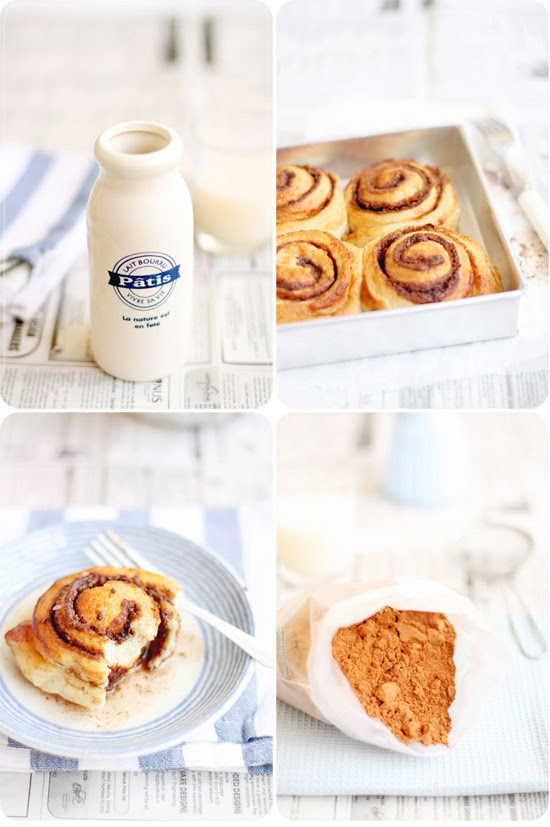 also, i’m now buying ground cinnamon from the indian spice stall coz its really so much cheaper compared to the masterfoods or mccormick ones i used to buy from the supermarket. a 100g pack just cost me $1! i bought ten packs at a go coz i forsee i’ll be making these really often from now on 🙂 the following instructions is for making the rolls using standmixer. for the bread machine’s method, pls follow author’s instructions on her blog.