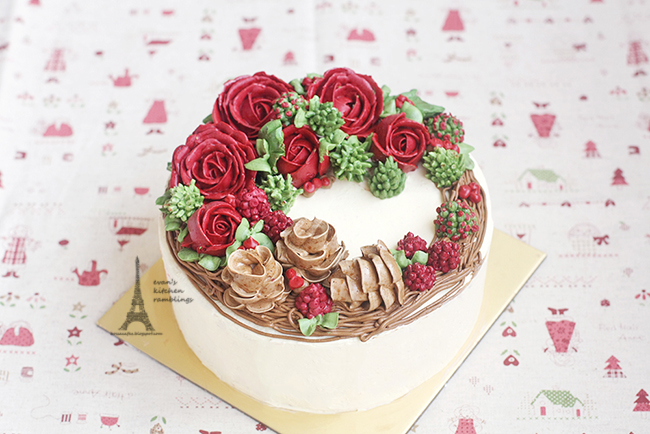 christmas is just around the corner. whats more apt than a christmas wreath cake? before making this, i did my research looking at pictures of christmas wreaths, not the kind with fake decorations like baubles but those made with real flowers so i came up with this. i adorned my wreath cake with twine, red roses, raspberries, holly berries, pine cones and noble fir (or something along that line). i feel that among all the flower cakes i’ve made, this one is the most true to life because of the colors. 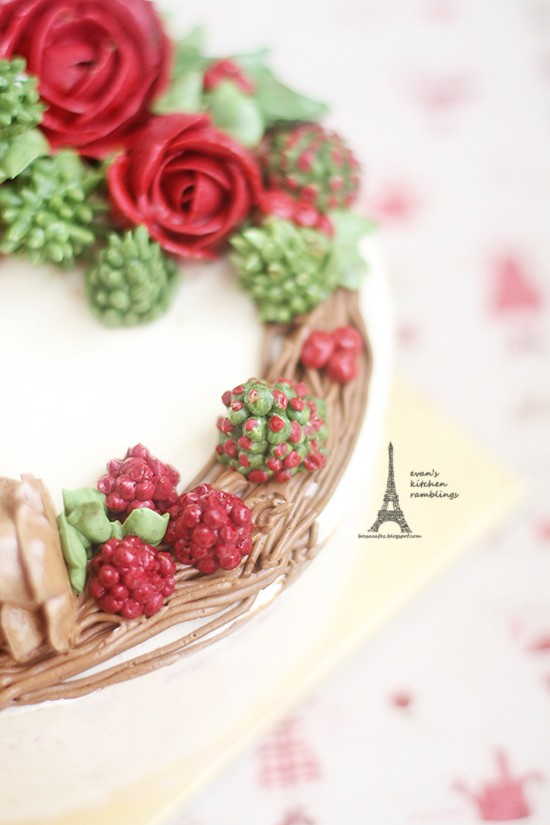 my favorite part would have to be the raspberries. they’re so lifelike i’m surprised myself! 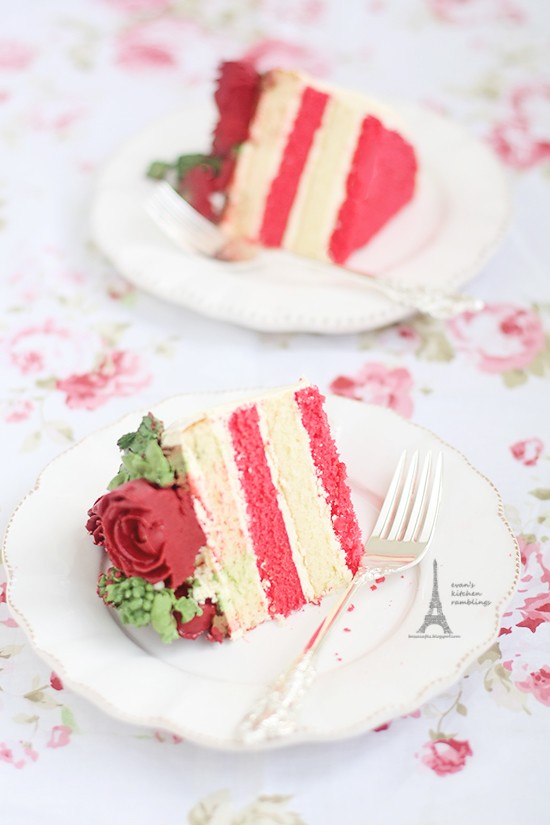 for the cake itself, i made a four layer red and white genoise sponge cake. i need to talk about this cake because i learned a new method in torting/cutting it into layers and it was pretty easy. maybe not new, but for me, it is. previously i tried methods like using the wilton layer tool (the kind that looks like a hanger), placing two wooden board strips by each side of the cake, or even the cake cutting “thingies” where you clip at both ends of the knife, i even tried using a dental floss! but i find that using a ruler to mark around the cake and then cutting along the markings with a very large and heavy knife does the trick. i bought a huge serrated cake knife and its very heavy so the knife does not slant when you slice with it. 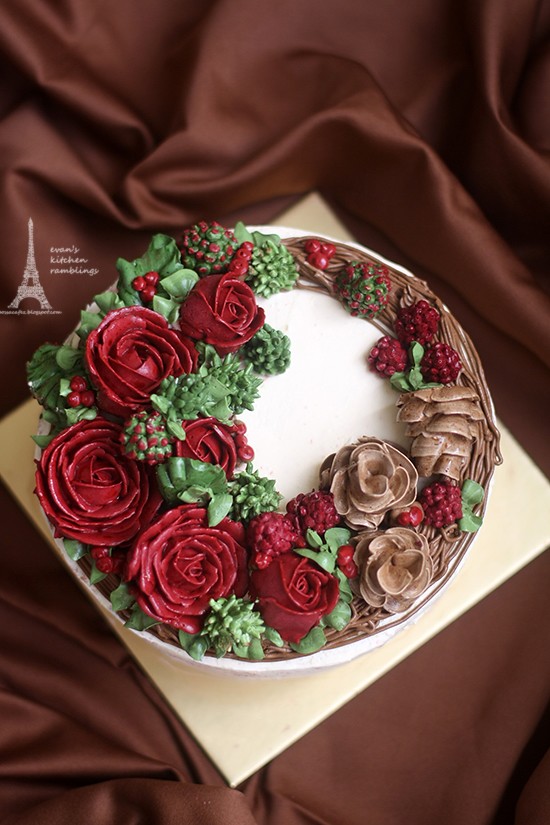 i had fun making this cake and its really simple to put together, unlike one adorned with flowers. for the genoise sponge, i used the recipe from here. its a pretty good recipe though it didn’t rise much for me. i did do the hot water bath thing and whisked the batter til ribbon stage so i have no idea! i only managed to obtain 2 slices so i would suggest making the 18cm one and doubling the quantity if you intend to do a 4 layer cake like mine.