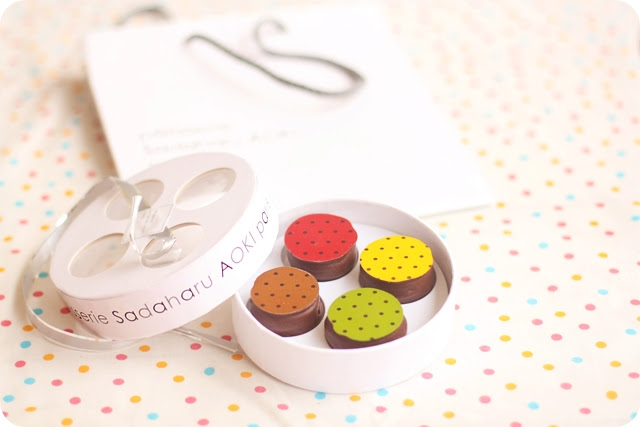 the girlfriend went to taiwan again and gifted me with a box of chocorons from sadaharu AOKI, taipei! arent these gorgeous? chocorons are basically chocolate-coated macarons and we were discussing about aoki’s desserts on whatsapp just before she went on her trip, didnt expect her to actually get me a box of these. don’t i just have the awesomest girlfriends? they always bring me stuff from patisseries out of town 😀 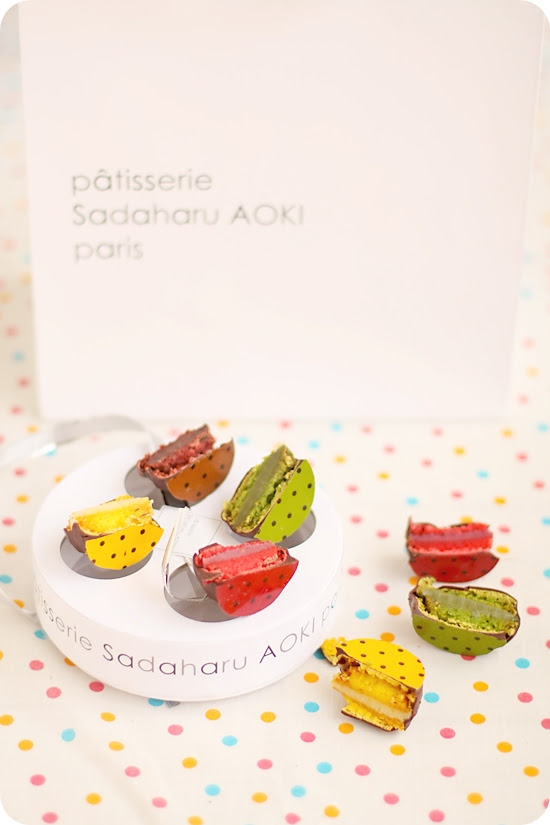 these were so yummy! flavors seen here are chocolate (thought i tasted mint as well), lemon, raspberry and matcha. i felt that they didnt really taste like his typical macarons but were heavier and denser, somewhat like a cross between marzipan and american style coconut macaroons. but they were still good esp the fillings. these were made in france by the way, then airflown to taipei.

anyway, i just want to say that i’ve officially lost interest in blogging though im still baking and photographing a lot. blogging just lost its appeal to me so much over the last year (just like how im sure my blog has also lost its appeal to many people esp now that i’m not posting anymore recipes) so don’t be surprised if you dont see this space updated for weeks or months straight. it was good while it lasted but my heart is not here anymore. honestly instagram is much more fun though thats not the main reason why i decided to stop blogging. maybe i just have a life now, i dont know. one thing for sure, i’ve never regretted my decision to stop posting recipes because i finally was able to see who were the ones who truly enjoyed my blog, appreciated my effort & stuck by me and who were the ones who were merely treating my blog as a recipe goldmine. maybe i’ll drop an entry once in a while but it won’t be regular thats for sure. so its goodbye for now and take care y’all.