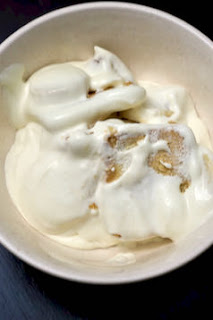 The craziest thing happened to me not too long ago, every time I logged into Pinterest I saw pins for banana pudding, but not just any banana pudding, banana pudding from a bakery in New York, Magnolia Bakery. Apparently this banana pudding is highly sought after and thankfully the bakery has published their exact recipe in a cookbook. 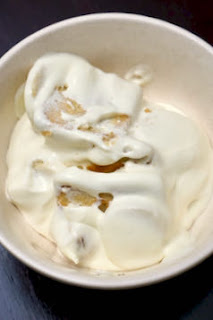 I could never explain why I was not a fan of banana pudding, I just knew it was not a dessert, let alone pudding that I would choose to eat. One day my oldest daughter really wanted me to try some banana pudding, so I said I would give it try. As I was eating it, I commented that it would taste to much better without the Nilla Wafers and then it hit me! It was the Nilla Wafers that I did not like, I have never been a fan of them, I know this is not the popular opinion, but I just do not like the taste of those cookies.

So when I was preparing to make this banana pudding, I remembered seeing one lone banana pudding recipe in the sea of Magnolia Bakery that used Pepperidge Farm Chessmen Cookies and I decided I wanted to try those cookies instead of the Nilla Wafers the recipe calls for.

Another change I made to the recipe was replacing the water with milk (low-fat milk). I did not like the idea of mixing pudding with water, it just seemed wrong to me. Other than changing the cookies and water I made the recipe as the original calls for. If you want to make the original recipe as the bakery uses just use Nilla Wafers and water when mixing the pudding,

One thing to be aware of, is the bananas. Once you cut bananas, they tend to brown rather quickly so I recommend using bananas that are just barley ripe, like yellow with no brown spots. This way the bananas will last a little bit longer in the pudding. Plus making sure to cover the pudding well and keep out any air will help the make the bananas last longer and not brown.

One last thing to be aware of is the size of container you use. You need to make sure the dish you use has at least a 4-5 quart capacity. The one I used did not quite have that much room and my trifle dish was filled to the absolute top, hence why I have no picture of the pudding assembled in the trifle dish. Also, using rectangle cookies in a circle dish was a bit of a challenge, but I just broke the cookies to fill in and try and cover as much as I could.